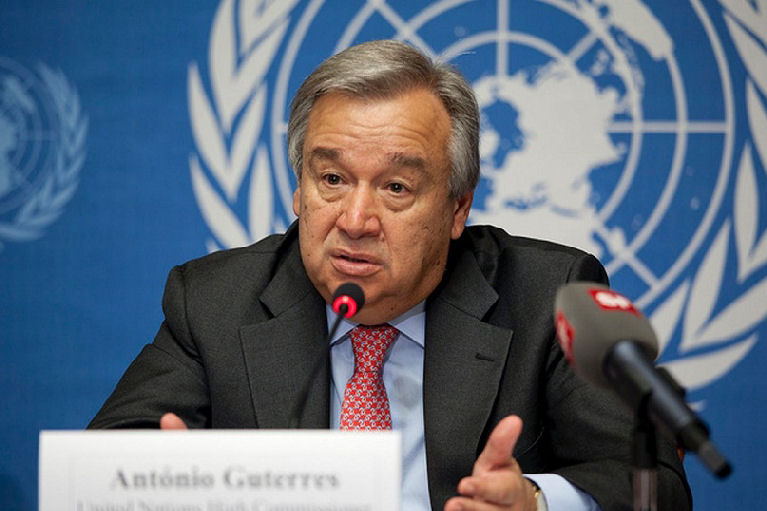 In a rare move, UN Secretary-General Antonio Guterres lashed out on Wednesday at Ethiopia's explanation for the recent expulsion of seven UN officials, which the UN says violates its charter, demanding written proof from Addis Ababa of their alleged misconduct.

In a rare move, UN Secretary-General Antonio Guterres lashed out on Wednesday at Ethiopia's explanation for the recent expulsion of seven UN officials, which the UN says violates its charter, demanding written proof from Addis Ababa of their alleged misconduct.

The UN Security Council held an emergency meeting - the second in less than a week - to address the expulsion, which has raised fears of setting a precedent for other conflict zones.

Guterres said:
If there is any written document provided by the Ethiopian government to any UN institution about any of the seven members of the UN that were expelled, I would like to receive a copy of that document, because I have not had any knowledge of any of them.

He said he had spoken with Ethiopian Prime Minister Abiy Ahmed on Friday and twice asked him to send him evidence for the officials' expulsion. "Until now, I had no response to these requests," he said.

Before Guterres made his demand, Ethiopia's UN ambassador Taye Atske Selassie had taken the floor to justify the expulsion, saying they had inflated figures of alleged victims, invented famine deaths and invited armed rebels into protected UN compounds.

Citing "multiple transgressions," he said UN staff should "neither seek nor accept instruction" from outside the organisation, nor should they share any information "known to them by reason of their official position."

They should "not use their office or knowledge gained from their official functions for private care... or for the private gain of any third party," he said.

He then promised his government would send Guterres written documents.

The UN estimates conflict has driven hundreds of thousands of people into famine-like conditions in northern Ethiopia.

"This makes last Thursday's announcement by the government of Ethiopia to expel seven senior UN officials - most of them humanitarian staff -- particularly disturbing," Guteres said, slamming the "unprecedented" move as a violation of the UN charter.

Guterres, who has said more than five million people require humanitarian assistance in Tigray, urged Ethiopian authorities to allow the UN to deliver humanitarian aid "without hindrance and to facilitate and enable our work with the urgency that this situation demands."

The expulsion is "an affront to this council, to the United Nations, and to all member states and our shared humanitarian principles," US ambassador Linda Thomas-Greenfield said, stressing the UN should be "impartial" and that there was "no justification" for Ethiopia's decision.

If calls for unimpeded humanitarian access are not heeded, then the Security Council will have to act, including through a legally binding resolution, she warned.

Her Chinese counterpart Zhang Jun, however, urged the international community to respect Ethiopian sovereignty. Similarly, Russian ambassador Anna Evstigneeva said that Ethiopia is capable of solving its own problems.

The UN Security Council met Friday behind closed doors to discuss the expulsion of officials who were accused of "meddling" in Ethiopia's internal affairs and of political manipulation of humanitarian aid.

The UN believes that declaring its officials "persona non grata" is illegal because it violates several articles of the UN charter.

On Friday, the Security Council could not agree on a statement proposed by Ireland due to opposition from China and Russia.

Speaking on condition of anonymity, an ambassador of a Security Council member state told AFP that "we should move on to political negotiations."

The expulsions sent shockwaves through the UN, where such moves are rare.

UN humanitarian chief Martin Griffiths, whose recent statements about the "blocking" of humanitarian aid and a growing risk of famine could be behind the decision, dismissed the allegations against the UN as false at the Security Council meeting on Friday, but did not say what they were, another ambassador of a council member told AFP.

The ambassador also said that the expulsions in Ethiopia could set a dangerous precedent for conflicts in Myanmar or Afghanistan.

"If we don't resolve the situation in Ethiopia, it could create a snowball effect," the ambassador added.