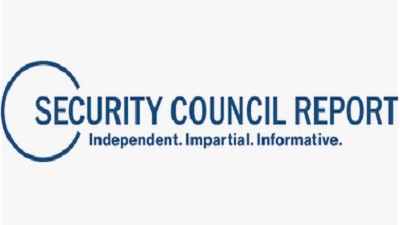 This afternoon (28 September), Security Council members will hold an informal interactive dialogue (IID) on the situation in Ethiopia.

This afternoon (28 September), Security Council members will hold an informal interactive dialogue (IID) on the situation in Ethiopia.

On 2 September, Ireland, together with Albania, France, Norway, the UK, and the US, called for a meeting on Ethiopia to be held as an open briefing in light of the resumption of fighting in the country since 24 August. However, this format was firmly opposed by the A3 members of the Council (Gabon, Ghana and Kenya), which only agreed to a meeting in the IID format. It appears that this was the meeting format preferred by Ethiopia. (IIDs are informal closed meetings which allow for the participation of non-Council members. There are no meeting records of IIDs and they are not included in the Council’s monthly programme of work.)

It seems that the option of holding a private meeting—a closed formal format—was also considered. However, some members were not comfortable with this option, apparently fearing that holding a formal meeting would set a precedent that might lead to Ethiopia being placed on the Council’s formal agenda. (When the Council convened formal meetings on Ethiopia in the past, they were held under the “Peace and Security in Africa” agenda item.) France convened today’s IID in an effort to bring together differing views about the meeting format.

As members were deliberating the meeting format, Ireland circulated a draft press statement calling on all parties to end hostilities in northern Ethiopia and ensure humanitarian access to those in need. However, it seems that the A3, China and Russia were not willing to engage on the draft text, expressing a preference to consider the statement after the meeting. It appears that the discussion on the statement was then put on hold.

Council members last met to discuss the situation in Ethiopia on 14 April. Today’s meeting will be the Council’s first on the conflict in Ethiopia since fighting resumed on 24 August, breaking a five-month ceasefire. (On 24 March, the Ethiopian government declared “an indefinite humanitarian truce effective immediately”. In response to the federal government’s declaration, the Tigrayan authorities committed their side to the cessation of hostilities, provided that adequate and timely humanitarian assistance reached Tigray. Subsequently there has been a lull in the fighting.) Council members have discussed the situation in northern Ethiopia 14 times since the conflict erupted in November 2020. Most of these meetings have been held under “any other business”, a standing item in closed consultations.

Due to ongoing access and communication restrictions, it remains difficult to verify the evolving situation on the ground. The Ethiopian federal government and the Tigray regional government have accused each other of breaking the ceasefire. Initially, fighting erupted around the town of Kobo, located near the south-eastern border of Tigray in the Amhara region. Violence then rapidly expanded, with fighting reported in several areas near Tigray’s southern border, western Tigray, and in the north of Tigray. Fighting has seen the Tigrayan forces pitted against varying combinations of Ethiopian federal forces, Amhara regional forces, Amhara militias and Eritrean forces. Since mid-September, there have been reports of military mobilisation in Eritrea along the northern border of Tigray.

At today’s meeting, members may seek an update from Tetteh on the status of fighting in northern Ethiopia, including regarding frontlines, areas of control, scale of the mobilisation, movement of troops and the human costs of the conflict’s resumption. Tetteh may highlight the effects of the resumption of hostilities on the civilian population. In this regard, some Council members may stress that conflict parties must respect international humanitarian law. Some Council members may call for the withdrawal of Eritrean troops from Ethiopia.

Since the resumption of the hostilities there have been several reports of airstrikes, including drone attacks, mainly targeting the Tigrayan capital Mekelle but also affecting other cities and towns in the region, resulting in the death and injury of civilians. On 26 August, the Ethiopian air force bombed Mekelle, reportedly leading to civilian casualties when the strike hit a playground. In a statement on the same day, UNICEF strongly condemned the airstrike in Mekelle, noting that it had killed several children and injured others. The government has denied these allegations, saying that it only targeted military sites, and has accused Tigrayan forces of fabricating evidence of casualties in civilian areas.

Some Council members may refer to the 19 September report by the International Commission of Human Rights Experts on Ethiopia (ICHREE). (The UN Human Rights Council established the ICHREE in December 2021, with a mandate to investigate violations and abuses of international human rights, humanitarian and refugee law committed by all conflict parties in Ethiopia since 3 November 2020). While the ICHREE acknowledges having faced several obstacles in the preparation of the report—including the fact that the federal government did not grant it access to any area outside Addis Ababa—the report states that “the Commission is confident that its findings are supported by information that satisfies the standard of proof for UN investigations”.

The ICHREE report says that war crimes, including rape and sexual violence, were committed by Ethiopian, Eritrean and Tigrayan forces. The ICHREE found evidence of the Ethiopian forces “intentionally using starvation of civilians as a method of warfare” and of the Ethiopian and allied regional government forces committing “crimes against humanity of persecution on ethnic grounds and other inhumane acts intentionally causing great suffering or serious injury to body or to mental or physical health based on their ongoing denial and obstruction of humanitarian assistance to Tigray”. Ethiopia opposed the creation of the ICHREE in 2021, has rejected its report and may reiterate these views today. (For background, see our 19 December 2021 What’s in Blue story.)

Tetteh may update Council members on the humanitarian situation and on UN efforts to alleviate hardship on the ground. On 23 September, Spokesperson for the Secretary-General Stéphane Dujarric said that hundreds of thousands of people are reportedly being displaced by fighting in parts of Tigray, Amhara and Afar, adding that fighting has made large parts of these regions inaccessible to aid workers. It seems that the delivery of humanitarian supplies by road to Tigray has been suspended since 24 August and that the UN Humanitarian Air Service (UNHAS) has been unable to fly in and out of Tigray since 25 August. The resumption of the conflict is taking place in a difficult humanitarian context in Ethiopia, where over 20 million people are food insecure, according to OCHA estimates.

Members are likely to call for unfettered humanitarian access to those in need and protection for humanitarian workers, and may condemn actions by conflict parties that impede or imperil the delivery of humanitarian assistance. Shortly after the hostilities resumed in August, Tigrayan forces requisitioned 12 fuel tankers from the World Food Programme (WFP), citing the need to reclaim fuel they had previously loaned to the WFP. On 26 September, WFP reported that debris from a drone strike hit one of its trucks, injuring a driver.

At today’s meeting, members are likely to express support for the AU-led peace process in Ethiopia and may seek an update from Obasanjo and Tetteh on efforts by the AU, the UN and other key international interlocutors to incentivise the federal and the regional authorities to move away from attempts to establish military superiority on the ground and agree on an immediate cessation of hostilities. Members may seek the briefers’ views on how the Council can support the AU mediation efforts and might call for strengthening coordination among the special envoys on the Horn of Africa, including those deployed by the UN, the AU, the EU, and the US. Some members may mention the three rounds of informal talks facilitated by US Special Envoy for the Horn of Africa Mike Hammer in the Seychelles and Djibouti before the resumption of the hostilities. Some may also note the ongoing discussions about the possibility of changing the AU mediation format from one mediator to a three-person mediation panel.

Today’s meeting may provide an opportunity to have a frank discussion in a private informal setting about what role the Security Council should play in the context of the conflict and its resolution. In its 19 September report, the ICHREE recommended that the Security Council place the situation in Ethiopia on its agenda.