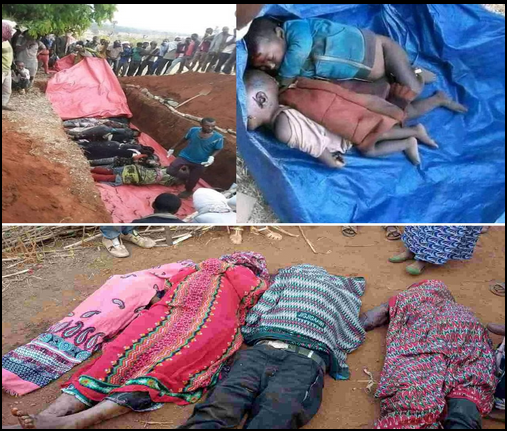 Any government's primary responsibility is to maintain its citizens' safety and security. The government in any society must maintain peace, keep order and uphold the rule of law.

Any government's primary responsibility is to maintain its citizens' safety and security. The government in any society must maintain peace, keep order and uphold the rule of law.

Based on this, one can say that over the last four years, the ruling Prosperity Party under the leadership of Prime Minister Abiy Ahmed (Dr) has failed to achieve the primary role and function of the state, i.e., the peace, stability, and security of its citizens. However, no one denies the significant accomplishments and successes that the country achieved under the leadership of Prime Minister Abiy Ahmed. For further illustrations, we are going to detail some of the significant massacres, arbitrary killings, internal displacement of citizens, and all the injustices that occurred during the past four years under the current prime minister:

From the moment the government extended its hand of peace to any opposition political party, both inside and outside the country, ethnicity to ethnic conflicts have grown to the level of genocide. More than 600 citizens were slaughtered in Wollega just because they were Amharas.

While the TPLF was responsible for the tragic and devastating civil war in the northern part of the country, the government should have foreseen and prepared to some extent the possibility of such a surprise attack by assessing the pre-war situation. The reason for this is:

1.    In the months leading up to the attack, the government attempted to relocate the Northern Army part of Tigray to the center of the country. TPLF blocked the move laying women and children on the road. As it was witnessed later, this was to slaughter the army in their territory.

2.    A few weeks before the attack, the Northern Command leader was poisoned by TPLF and was being treated at the Addis Ababa Military Hospital.

3.    The replacement army general that was appointed was rejected by TPLF and was blocked from entering Tigray at the airport

As a result of not properly considering and evaluating the above facts, TPLF was able to carry out massacres in the middle of the night while the Ethiopian army was unprepared and unsuspecting of the attack. It can be argued that it was difficult to assess the surprise attack properly, as most of the senior officers in the army were supporters of the TPLF. The answer lies in the fact that the current of the time Commander-in-Chief was General Adam, a current Ethiopian Ambassador,  and the Deputy Chief at the time was Field Marshal Berhanu Jula. Both officials were not held accountable for the massive failure to protect the Northern Army. In what seems like a cover-up move, they were assigned ambassadorship positions and were sent abroad.

The federal government is also partially responsible for the large number of lives lost and the immeasurable destruction of property in the aftermath of the war. It can be clearly seen that the government security forces lacked intelligence during their eight months' stay in Tigray after the army had victoriously entered Mekelle. During that time, TPLF was able to resurrect itself from the dust, re-organized, and counterattack Ethiopian forces. Apparently, this is why the Prime Minister, in his speech to the House of Peoples' Representatives, said that the "Junta" (the nickname he had given TPLF) has been reduced to dust and been blown away by the wind. Whether intentional or not, this resulted in the Ethiopian people underestimating the gravity of the situation. In particular, the leaders of the Amhara Region neglected the threats that TPLF was making day and night to "settle score" with the Amhara people. By doing so, they did not prepare the people psychologically and militarily and wasted eight months sitting on their hands and making the people pay an enormous price.

With the leadership not held accountable, the lack of preparation and possible scenarios and taking necessary precautionary measures has resulted in the disheartening defeat that the army encountered. Similar inaction by the leadership has also led to the massacre of Amhara people in the Welega, Oromia Region, and Benishangul and Gumz Region over the past four years.

In addition to enforcing the law, the government also plays a vital role in the country's political, economic, and social life. A good example of this is the hard work and dedication of Dr. Abiy's government to advance the country's major and new national projects. For example, the Construction of the Grand Renaissance Dam, Large Scale Farming: Dry Season wheat cultivation, and the ongoing tree-planting campaigns across the country known as the Green Legacy initiative are among the most successful economic endeavors. In terms of diplomacy, although institutional processes were not followed, the peace treaty with Eritrea is considered a great success. Unfortunately, efforts to modernize and restructure government and civic institutions and long-overdue reforms have not yielded the desired results. Still, these are encouraging changes that have helped alleviate a little of the economic pressure that Ethiopia faces. The political turmoil and stalemate have also shown signs of an easement, with examples such as the reorganization of Defense Forces and the relative independence of the National Election Board and the Ethiopian Human Rights Commission (EHRC).

Regarding tourism and social life, the Prosperity Party government, especially Dr. Abiy, has done a great job. The public recreation areas from Entoto to Meskel Square, the library "Abrehot", the Unity Park as well as the Science and Adwa museums under construction, and the hotels and resorts that have been launched in each region are just a few of them. Socially, the Prime Minister and his wife, First Lady Zinash Tayachew, are a great example of our community's involvement in building and renovating homes for the elderly and visiting schools for the needy and the sick.

While all this is important and good, as we have said above, a country's government's primary and most significant responsibility is maintaining its citizens' peace and security. Unfortunately, the Prosperity Party government has failed to achieve this. One of the essential characteristics of a government is that the leader takes full responsibility in the face of adversity in the country. An effective leader gives the necessary explanation to the people, comforts and reassures the people, and takes immediate action. In this regard, both the Prime Minister and his Prosperity Party have repeatedly shown incompetence. Therefore, the government must clearly and carefully examine the path it has taken so far and make immediate and prompt corrections to the senseless deception that has taken place in the past four years.

In addition, every Ethiopian must fulfill their civic duty by doing everything possible to stop these horrific massacres. Therefore: Religious leaders, elders, celebrities, academics, human rights activists, civil society organizations, and institutions are required to press the government to ensure public safety and security. The media should also work to stop the attacks on innocent people by extremist forces and echo chambers. Ethnic-based political parties, organizations, and politicians should also strongly condemn and actively prevent racial killings, looting, and displacement.

Governments must learn from their predecessors. There is no profit or advantage to massacres targeting citizens. In fact, the government will end up in disgrace at the wrong time and in the wrong way if public sentiment turns sour. The Ethiopian proverb states: "If salt loses its taste, it will be thrown away like a stone," which could apply to the government.

(To Read Full Article in PDF)