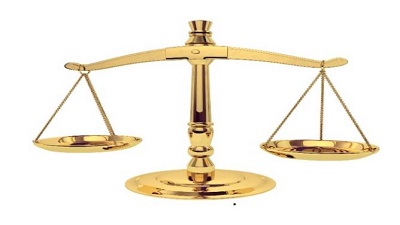 Inspiration: “Mathematics may not teach us how to add happiness or how to minus sadness. But it does teach one important thing. Every Problem has a solution” - Anonymous

Inspiration: “Mathematics may not teach us how to add happiness or how to minus sadness. But it does teach one important thing. Every Problem has a solution” - Anonymous

This is a humble and sincere call for all Ethiopians who are politically engaged to reach a consensus to make sure Ethiopia’s long and complicated political journey finally enters into a culture of dialogue where no matter how divisive and controversial the differences are, ways are found to address them with moral integrity, long term vision and for the benefit and dignity of all its citizens to be free at last and finally from any use of violence.

At the moment Ethiopia is experiencing contradictory political developments. The first development is the welcome action by the current Government and the ruling party to release all prisoners that were arrested before and after the first state of emergency. It was an encouraging news to hear the leaders from the ruling party acknowledging their own party’s mistakes and their readiness to correct mistakes of the past in order to move forward Ethiopia’s democratization processes. The second political development is that after the Prime Minister submitted a letter of resignation, the Government issued, surprisingly to many observers, a state of emergency for the second time. The contradictory nature of these political developments are self-evident and will not require any additional exposition. A second state of emergency will undoubtedly lead, among other things, to more arrests including the very individuals that have been just released.

The transition cannot be from one state of emergency to another state of emergency. The hoped and expected transition was to move away from militarism and a police state to a full-fledged civil governance system that will be believed and accepted as legitimate by all the citizens regardless of political and other differences. The key concept here is to create enduring legitimacy that requires the efforts of the government by doing actions that all can recognise and appreciate without viewing the good part of the recent actions taken by the Government and the ruling party as self-serving rather than done with honesty and integrity in the interest of the nation, Ethiopia. A real and promising transition is for all concerned Ethiopian parties to come together and address all the governance challenges that Ethiopia went through in its thousands years of history and memory with the view of shaping Ethiopia’s future by creating a governance system where all Ethiopians, however diverse they are, can agree that both the Government and governance system in place are legitimate. One of the acid tests for this legitimacy is that the nature of the governance system for the short term and the governmental structures and institutionalizations of the long term are a result of honest and consensus based negotiated outcomes rather than arm-twisting and divide and conquer ones. In short, whatever system might emerge from the negotiated national consensus, there can still be some disagreements, as disagreement even among well intentioned individual is inevitable, and yet it is one of the many tasks of the consensus dialogue to bridge such differences.

We would like to propose to all concerned Ethiopians, both inside and outside of Ethiopia, Ethiopian citizens, friends and individuals of Ethiopian origin, to join together for a meeting to promote national consensus by agreeing to hold the Consensus Building Forum to help bridge the diverse and competing perspectives and interests that need to unlearn remaining and being in conflict and to re-learn by entering into a culture of dialogue for the sake of preserving Ethiopia to live on and on in the eternal river of time. The specific goal of the meeting is to help frame and build a National Legitimate CONSENSUS among the competing and conflicting parties of Ethiopia regarding governance in the short term, and government in the long term. The hope is that the consensus building process will produce a transformational and innovative road map that helps frame a governance system that is stable, peaceful, predictable, transparent, resilient, and sustainable entirely dedicated to deliver public service for the wellbeing of the Ethiopian people, the rest of Africa and the world. It is time that there is a transition to be delivered where the people live with optimism and confidence making Ethiopia once for all radiate moral energy, knowledge and values that will make all the people live together with unity and full Ethiopiawinet identity by removing ethnic division.
The modalities for working out the long term policy strategies should engage the following:

-The current nature and shape of government formation should be transparent from the negotiation efforts that is going on between the ruling party and all the alternative parties and oppositions in Ethiopia.

-All the opposition should be included with new approaches and strategies to bring the conflicting parties to enter into peaceful and sustainable dialogue culture to avoid ever again resorting to violence and military punitive clashes. Ethiopia should enter into the everlasting era of justice by making a paradigm shift from war, conflict and violence, to peace, reconciliation and dialogue always and ever from now on. There should be an agreement on this principle and value to change the dirty politics that kills to the clean politics that saves human life in Ethiopia always no matter what complications the social-economic journey creates.

-There should be facilitators to encourage conflict resolution to realise a proper and legitimate transition without taking a long time in doing the work to get all the stake holders to enter into true and real dialogue processes.

-There should be mediators from within Ethiopia and friends of Ethiopia and those that can contribute are encouraged to volunteer to propose their willingness to participate. The objective is for the mediators to have direct access and deliberations with all those who are currently very active in politics to make sure Ethiopia’s much urgent peaceful transition quest is realised.

- As peace making under the shadow of unwelcoming and threatening conditions would be considered compulsion by other name, we urge    the government to rescind the STATE OF EMERGNECY WITHOUT CONSIDERING IT AS A PRECONDITION FOR THE CONSENSUS BULIDING CONFERENCE TO BE HELD.

Finally, all participants in this National Consensus Building Forum must have a commitment to help advance the interests of all parties for mutual gains and win-win outcomes for all regardless of any political differences.

Given that the conflict our country is facing has the potential for being protracted as well as intractable, we would like to impress upon all-from facilitators, mediators and the varied politicians from all sides the sense of urgency for this CONSENSUS BUILDING MEETING to take place the soonest as the old adage admonishes an ounce of prevention is better than a pound of cure.

Contact: This email address is being protected from spambots. You need JavaScript enabled to view it.