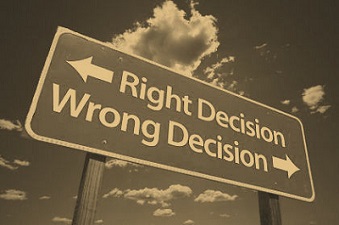 Thank you for clarifying that you only attended the now infamous meeting with Berhane Gebre Christos and a cohort of local and foreign TPLF enablers to “advance the cause of peace” that you attended in your “personal capacity as an Ethiopian yearning for peace.”.

You also lamented that your participation in this meeting was “deliberately misrepresented.” You went on to say in your statement that you do not endorse any of the views that were presented at this meeting. You said: “I fully condemn any illicit actions that undermine the sovereign elected government of Ethiopia and I do not support an unconstitutional change of government.”

Nonetheless, I am sure you endorse at least your own views and positions that you articulated clearly and enthusiastically at the conspiratorial meeting. As you know, that meeting, please allow me to call it the “conference of Wichale”, was not an ordinary peace conference. None of you discussed a peace plan or a ceasefire for that matter. But all of you were certain that the TPLF will once more usurp state power through terror and insurrection that you seemed to be eager to play your respective roles in the so called transitional government. In fact, former US ambassador to Ethiopia Vicki Huddleston captured the sentiment of the meeting quite well by wishing the TPLF to succeed military quickly and impose its ethnic apartheid in Ethiopia once more. What a peace conference!

As you know, there is no more truthful witness than one’s own words. Even if you may forget, your words stick to the truth and express your real intentions when they are uttered with sincerity as you did. In your statement you also said that you do not endorse the establishment of a transitional government. Please excuse my ignorance, madam Eleni. Just in case I misheard or misinterpreted what exactly you said, please also allow me to refer you back to the transcript of your own utterances.

Let us start with your praise for your long-time friend Berhane Gebre Christos: “It is a great honor to hear from Ambassador Gebre Christos to whom I have deep respect and to encourage him in the work that he is doing.”

With due respect, how can you feel honored to confer with one of the most despicable and corrupt leaders of a terrorist group that is the root cause of the death, destruction, and suffering that millions of Ethiopians, including Tigrians, are facing? What is it that you encourage him to do? It must be terrorizing the poor people of Ethiopia. It must be destroying our country. Or were you encouraging the bloodsucker brute to shed more blood?

For you, this man may be a hero. But for those of us who know what these evil terrorists have done to our poor nation for almost five decades, it is dishonorable of you to continue wagging your tail and tongue to please your former mafia bosses as you are sure that they are coming back to power. No wonder that you were not with the poor people of Ethiopia at its darkest hours under the boots of the TPLF. You were part of Meles Zenawi’s inner circle. It seems you really miss that demon and his brutal regime.

You continued:“I think it is relevant for our international friends. We have heard from various sources and analysis that Ethiopia has gone back thirty to forty years. Ambassador Berhane you spoke of going back to the Stone Age. So one of the things post transition or part of the transition is the reconstruction. The economic reconstruction of Ethiopia and some form of a Marshal Plan. So my question to you, Ambassador Berhane, is, obviously there are other pieces that you are focused on. But to what extent has there been some kind of an estimation of the extent of the Marshal Plan that would be required to bring Ethiopia back to even where we were three years ago.”

This question is a double-edged sword. On the one hand, it appears to be a question by a naive economist planning ahead for the reconstruction of Ethiopia after the war. On the other hand, it expresses a firm belief that the TPLF will also play a savior after destroying Ethiopia.

I am not sure if anyone had asked Hitler or Himler about the reconstruction of Europe during the Second World War. Be that as it may, you actually endorsed TPLF’s “transition and post-transition” fantasy. You were also appealing to your “international friends” to facilitate aid to rehabilitate the TPLF.

To be honest, Ethiopians are not savoring Western cash or food aid at this time as they have been part of the problem with so many conspiratorial moves including imposing punitive economic sanctions on Ethiopia just because it stood its ground and defended itself from the terrorist attacks and insurrectionist war of your TPLF friends.

Madam Eleni, rest assured that terrorist TPLF will not enslave Ethiopians once again. Never again will it succeed to impose its apartheid on the great people of Ethiopia. Believe it or not, it will never happen.

You said:“The second one is alongside that, beyond the political arrangement of the transitional arrangement and prior to that the provisional administration that you describe which in your view would also be a plan for the social reconstruction of the fabric that has been completely torn apart....Some might even question whether we were ever together as a society because it is frightening to me how quickly the unitarist perspective took hold. And although you described as an ultranationalist Amhara base it exists nonetheless and we have to do something about it. I have in my own family those you might describe in that way.”

Here again, while you raised a good point, you wish for the villain that has torn apart Ethiopia’s social fabric by injecting Ethiopia’s body politic with toxic ethnic politics, to play a savior. Where were you when the TPLF imposed a 27-year long apartheid regime based on it's ploy of playing one ethnic group against another. It was through divide and rule that the mafia group was able to impose and sustain its apartheid regime for 27 years. So your “transitional arrangement” or “provisional administration” is not going to work this time round. The sleeping giant has already woken.

Last but not least, you tried to blame Amharas, the victims of TPLF’s machinations for nearly five decades, for the current problem. As it is said, traitors start their betrayal at home. You repeated the same thing by even blaming some of your family members for being ultranationalist Amharas. Well, demonizing Amharas has not worked. Undermining them has backfired. Putting them in harms way has only galvanized them. This is because they are facing existential threats from every direction. The most serious danger came from the TPLF which is brutalizing Amharas, destroying their livelihood, killing and maining them in mass and raping their wives and daughters. This is a well-documented reality that will continue to haunt those who want to destroy Amharas because of their unwavering Ethiopian identity.

In conclusion, I am sure you are aware of a universal law that prohibits giving aid and comfort to the enemy let alone conspiring with them. What makes your case even worse is that this enemy that you give aid and comfort is a terrorist group trying to destroy and break apart a historic country like Ethiopia. After you fervently salivated over the prospect of a TPLF-led transitional government in public, you do not need to issue a statement full of lies. As it is said, the worst treason is lying to oneself. You have already spoken and we have also recorded what you and your cohorts are up to.

I wish you good luck with the transitional government. I hope it will work out for you in one way or another.

We shall wait and see!