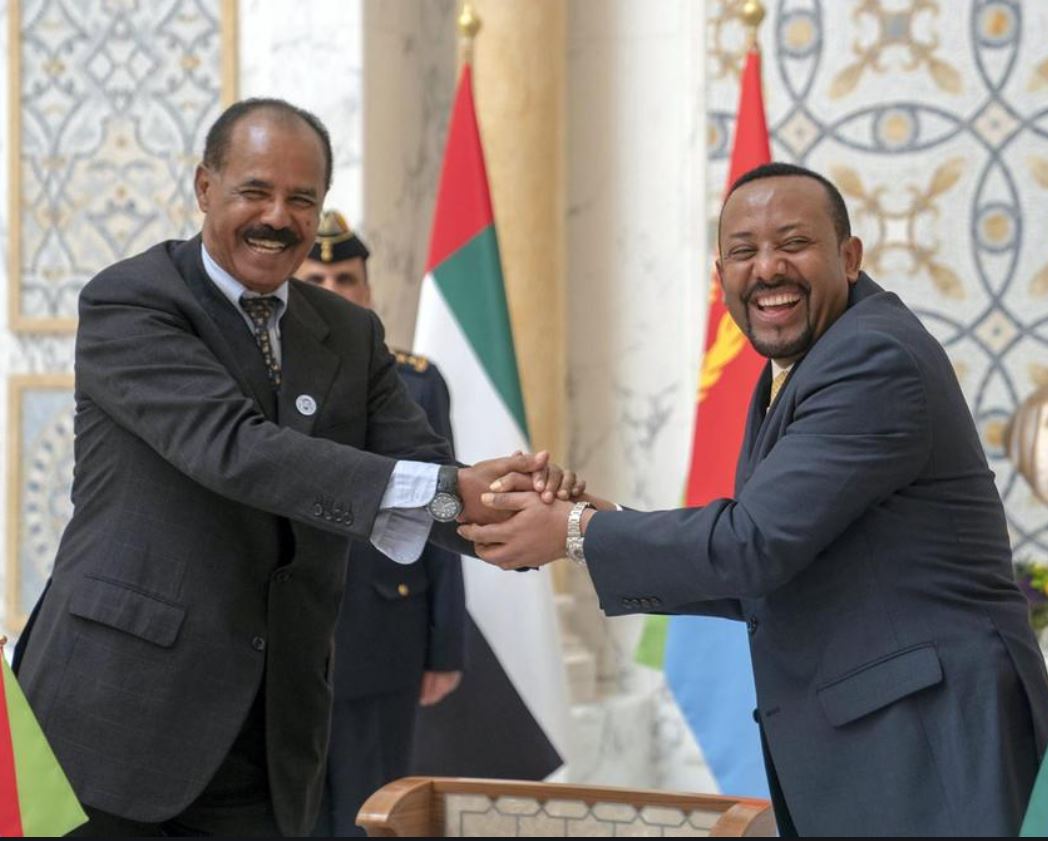 Some honors come too late; others too early. Others still risk scuttling the efforts they are rewarding.

Last week Prime Minister Abiy Ahmed of Ethiopia was awarded the Nobel Peace Prize for, the Nobel committee said, “his decisive initiative to resolve the border conflict with neighboring Eritrea” and starting “important reforms that give many citizens hope for a better life and a brighter future.”

Some honors come too late; others too early. Others still risk scuttling the efforts they are rewarding.

Last week Prime Minister Abiy Ahmed of Ethiopia was awarded the Nobel Peace Prize for, the Nobel committee said, “his decisive initiative to resolve the border conflict with neighboring Eritrea” and starting “important reforms that give many citizens hope for a better life and a brighter future.”

Since coming to power in April 2018, Mr. Abiy has taken Ethiopia on a political roller coaster. His administration started rapprochement with Eritrea after nearly two decades of stalemate — following a vicious war from 1998 to 2000 and a peace treaty — which some have called a state of “no war–no peace.” He has had tens of thousands of political prisoners released, has invited back banned political parties and armed groups, has apologized for human rights violations, has revoked repressive laws, has started to open up the economy and has appointed women to leading positions in government.

One could argue that not since Mikhail Gorbachev — another Nobel Peace Prize laureate — introduced glasnost to the Soviet Union in the mid-1980s has any country embarked on such radical reforms. But a lot more needs to happen before Mr. Abiy can deliver on his pledges, and for ordinary Ethiopians his efforts so far have been a white-knuckle ride.

Federalism and multiparty elections were introduced to Ethiopia in 1995, but it is only now that genuine democracy appears imaginable in Africa’s second most populous country. The long-dominant Ethiopian Peoples’ Revolutionary Democratic Front (E.P.R.D.F.), born as a revolutionary Marxist-Leninist coalition, never fully bought into the liberal democratic principles it introduced in the 1995 Constitution; it essentially ruled the country by semi-authoritarian means. For many years, the Tigray People’s Liberation Front (T.P.L.F.), which claims to represent the interests of the people from Tigray, a northern state bordering Eritrea — about 6 percent of the population — essentially monopolized decision-making within the governing coalition. Over time, this form of minority rule alienated the Oromo people (more than 34 percent of the population) and the Amhara people (about 27 percent).

Opposition parties rode on popular discontent with the E.P.R.D.F. in the 2005 elections. But then, after the ruling party claimed victory anyway and the opposition challenged that announcement, protests broke out and the government repressed them. Eventually, frustration led to countrywide protests between 2016 and 2018, during which Oromo youth in particular blamed the government for a lack of genuine representativeness, land grabbing and repression.

The massive demonstrations — during which more than 1,000 people were killed and 20,000 people were imprisoned — forced then Prime Minister Hailemariam Desalegn to resign in February 2018. When Mr. Abiy, an Oromo, took over in April, he was able to claim the helm with the backing of the Oromo and Amhara parties within the E.P.R.D.F. coalition. He has preached a political philosophy of “medemer” — “adding up” or “coming together” in Amharic — and promoted a more inclusive political culture. The idea is, in part, to transcend Ethiopia’s federal system, which was drawn along ethnic lines and which over the years has infused politics with a kind of sectarian fervor.

But Mr. Abiy’s Abyssinian spring has now entered a critical phase. With the sudden slackening of political controls and the dismantling of some of the state’s authoritarian features under his administration, repressed ethnic, political and religious conflicts have resurfaced across the country. As a result, about 2.9 million people currently are internally displaced, according to the Global Report on Internal Displacement — the largest such figure for any country.

The E.P.R.D.F. coalition itself is still divided along ethnic lines. In some parts of Ethiopia, such as the southeastern Somali region, changes in the central government have translated into changes in regional governments, and longtime T.P.L.F. loyalists have been replaced with Abiy supporters. Yet in other areas, regional ethnic parties that are part of the E.P.R.D.F. have dug in their heels — in particular in the regions of Oromia and Amhara. Such instances of resistance have weakened the federal government and complicated its efforts to ease various conflicts or push forward with reforms.

Just as worrisome, the central government has, in the face of these challenges, already shown signs of backsliding. At about the same time that the Nobel Peace Prize was being announced last week, the Addis Ababa police arrested protesters at a rally criticizing the municipal government. Reports of journalists being harassed and continued internet shutdowns have raised fears that to maintain control, the Abiy administration may revert to authoritarian practices it has officially renounced.

The real test of Mr. Abiy’s progress will come in May 2020, when the next national elections are scheduled to take place. The prime minister and like-minded officials have announced plans to replace the E.P.R.D.F. with the Ethiopian Prosperity Party, which, Mr. Abiy claims, will be a unified national party rather than a coalition of ethnic parties. But a number of ethno-nationalist movements are likely to fiercely compete with it, however it defines itself. Those include historical groups like the Oromo Liberation Front and the Ogaden National Liberation Front and more recent outfits like the National Movement of Amhara.

And the T.P.L.F. is certain to remain a serious competitor. It may have lost its dominant position in Ethiopian politics since the advent of Mr. Abiy, yet it still is something of a kingmaker, or at least a spoiler — and precisely on the issues that the Nobel committee singled out: peace with Eritrea and democratic reform in Ethiopia.

In the summer of 2018, Mr. Abiy held out an olive branch to President Isaias Afwerki of Eritrea, by promising to unconditionally give back territory under Ethiopia’s control that an international tribunal recognized by both countries had granted to Eritrea in 2002. But this is easier said than done partly because that land is in Tigray, and the regional government there is still controlled by the T.P.L.F.

Real peace with Eritrea can only be achieved if a tripartite agreement is reached between the national governments of Ethiopia and Eritrea, as well as the regional authorities in Tigray — this is a precondition for the border to finally be demarcated. But the T.P.L.F. could scuttle such efforts by deliberately fueling existing ethnic tensions and tapping a growing feeling among Tigrayans that they are being scapegoated. Indeed, some Tigrayans have started calling for secession.

The run-up to the 2020 elections will be rife with uncertainty, not only because of entrenched party rivalry and the growing risk of ethnic strife, but also because needed structural reforms — of the judiciary, which remains politicized, and of the election commission — cannot be fully implemented before voting next year. And without proper democratic institutions and formal checks and balances in place going into the elections, anything can happen.

Mr. Abiy has cast himself as a transformational figure, promising peaceful coexistence and an end to the government’s autocratic ways. But he hasn’t delivered either yet. Mr. Abiy has won the Nobel Peace Prize; now, he needs to earn it.